We are collecting donations for the Chow Wagon Food Drive for pets in need, benefitting Animal Friends.

Donations can be dropped off at either Lucky Paws building now through Friday, February 17th. 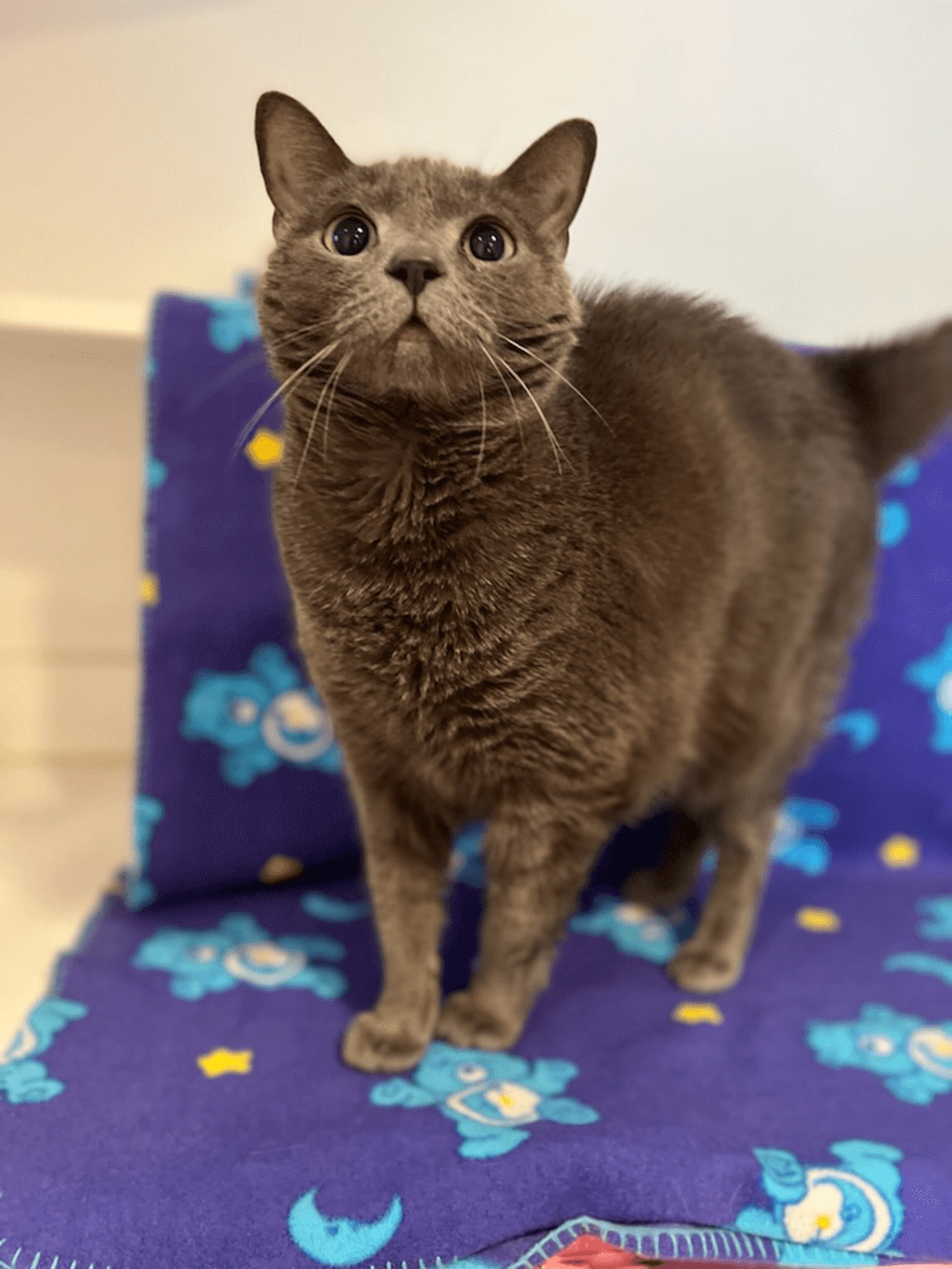 LOOKING FOR HIS FOREVER HOME

Pipsqueak (aka Pip), is a 5.5 year old, 16 lb. gray neutered male cat that fell on hard
times after his former owner was unable to keep him. Pip is litterbox trained, very playful, and like Linus
from the Peanuts cartoon, has his very own blanky (in this case – Pip likes his blue Care Bear blanket) and
will drag it around with him. The staff at lucky Paws has fallen head over heels for him.

While Pip has lived with another cat in the past, we think he would prefer to be the
ONLY cat as he wants all of the attention from humans for himself. He was hand raised as a
kitten so he really doesn’t know he is a cat. He has never lived with a dog before, but we think he would
learn to live with a dog that would not chase him.

If any of our Lucky Paws family would be interested in meeting Pip, please
send an email to info@luckypawsresort.com or
call the office at 724.728.1484 x0 and leave a message about your interest. He is a special boy that would
love to find his very own special person.

WELCOME SOME OF OUR NEWEST HAPPY FACES!

Blue. 1st time stay at the Hotel. . . Located near